Do your people kill or create effective teamwork?

Opting for the great team is almost certainly the right move – especially if you are focused on medium to long term results. But, knowing that and achieving it are two different things. Many leaders continue to make two significant mistakes that result in groups of technical experts rather than cohesive high performing teams:

The characteristics of good team members

If you want to develop a team capable of consistent effective teamwork, you first need to understand what makes a really strong team member. Once you know these traits, you should use them:

So what does a strong team member look like?

After much debate, and based on thousands of teams we have worked with over the last 20 plus years, these are our top twelve traits of good team members (not in any particular order).

The best example of trust in teams that I can think of is acrobats on the high trapeze. For the performance to work, one acrobat has to let go of their bar at precisely the right moment. They have to risk falling, failing, getting hurt and looking silly in front of a large crowd.

This just isn’t possible without complete trust in their teammates – in their ability, their integrity and their intentions. Do your people have that sort of belief in each other? Will they fully commit to high performance in the knowledge that their teammates can be trusted to be there for them – or do they hold back a but because they can’t be that sure of each other?

A good team member has the ability to build this sort of trust.

In Daniel Goleman’s model of emotional intelligence, self-awareness is the starting point. What you are looking for is someone who recognises how the things they say and do impact other people.

I bet you can think of someone who says things that really annoy people – but are completely unaware of the effect they have. For fans of The Big Bang Theory, think of Sheldon.

Without self-awareness, improvement is unlikely – because the need for it isn’t recognised.

It’s one thing to know that you shouldn’t say something – it’s another to have the self-control not to blurt it out. A person with good self-control does things like:

Reliability is one of the ingredients of trust – see The Trusted Advisor by David Maister – but is also deserving of its own position in this top twelve.

This is all about how much a person can be depended upon to do what they say they will do. When someone isn’t reliable, there is a quick flow through to conflict and miscommunication

There are times in every team when the needs or goals of two individuals are not compatible – or when the team goal needs to trump all others. A person who insists on making their needs the priority regardless of the situation can be a real liability.

You probably don’t want someone who never prioritises their own needs – their own personal work goals and performance criteria would inevitably suffer – but someone who can sacrifice at the right time is a big asset.

This one almost didn’t make the list – because at face value it is so trite and meaningless. Suggesting that a team member needs to be a good communicator is a trifling ‘head nodder’ – something that gets people to automatically nod their heads and agree but that doesn’t actually add any value.

To avoid that, here’s how a good team member communicates in the workplace:

Trait 7: A ‘different’ rather than ‘right-wrong’ perspective

Our workplaces are increasingly diverse – and that brings a broad range of ideas, perspectives and opinions. Any team member who is so locked into their own view of the world that they invalidate others, will create conflict and undermine effective teamwork.

A person who sees alternative perspectives as different rather than wrong has an immediate advantage in building rapport and trust and minimising unhealthy conflict. This flexibility of thinking helps them work more effectively as a group problem solver and decision maker.

Nothing sucks the energy out of a team more quickly than a ‘misery guts’. You don’t need someone who is giddily happy all the time but you definitely don’t want a person who always manages to see the worst in a situation.

A negative person gives themselves away pretty easily – they are quick to point out what is wrong, why it won’t work, what someone should have done, etc.

You could look for someone perfect – who never gets things wrong. Good luck with that!

An easier option. Look for someone accountable – a person who does makes mistakes but is quick to acknowledge them, learn from them and improve.

A person with poor accountability is quick to ‘throw their teammates under the bus’ when things go wrong – with obvious impacts on trust, communication and future productivity

Ever worked with a credit hog? Someone who leaps into the spotlight to absorb all the glory whenever things go well (funny how the same person is nowhere to be seen when things go wrong).

They will also be fair in their treatment of others – they won’t get involved in petty gossip or cliques. They will accept people for who and what they are rather than leaping to divisive judgements.

Things don’t always go well. When they don’t, some people fall apart and are of little value to themselves let alone those around them.

Others bounce back more quickly and are able to get themselves and those around them back to a forward focused mindset that solves problems rather than dwelling upon them.

Whether a team member is genuinely supportive person becomes obvious under pressure. They demonstrate in a mix of ways:

Knowing these 12 traits is pointless unless you use them to build and refine your team. How you do that depends on whether the person you are looking at is already a member of your team – or an applicant for a position you are trying to fill.

If they are a candidate and if you don’t believe that they have, or can fairly quickly learn, most of these traits, move on to the next person. Don’t fall for the trap of filling the position with a less than acceptable but best available person.

If someone already in your team doesn’t have and wont/ can’t learn most of these traits, your situation is more difficult. No matter how you cut it, that person is going to compromise the effectiveness of your team. If it was my team, I would be helping them identify new career opportunities.

How many of these traits is enough? I would probably pick 4 that are non-negotiable in your team and then insist on those plus half of the rest as a minimum standard – so eight in total. 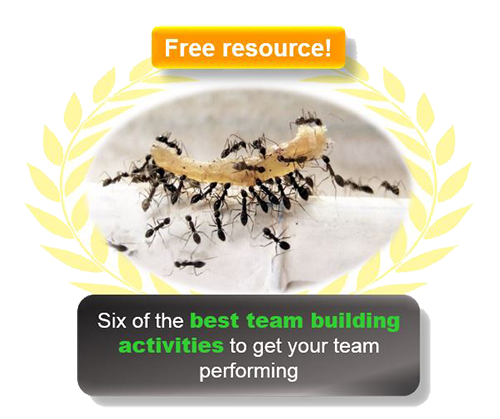